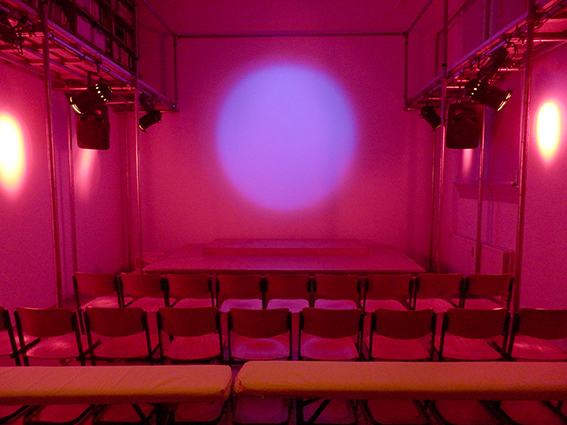 off-crimmp_cinema is an informative way of skipping evening school in a former class room at the drievriendenstraat, that is transformed into a movie theater. _the basic idea of the program curated by filmmaker noud heerkens is to show the work of rotterdam based video artists and filmmakers in an intimate and informal setting. _duration of the program is approximately 100 minutes, intermission included 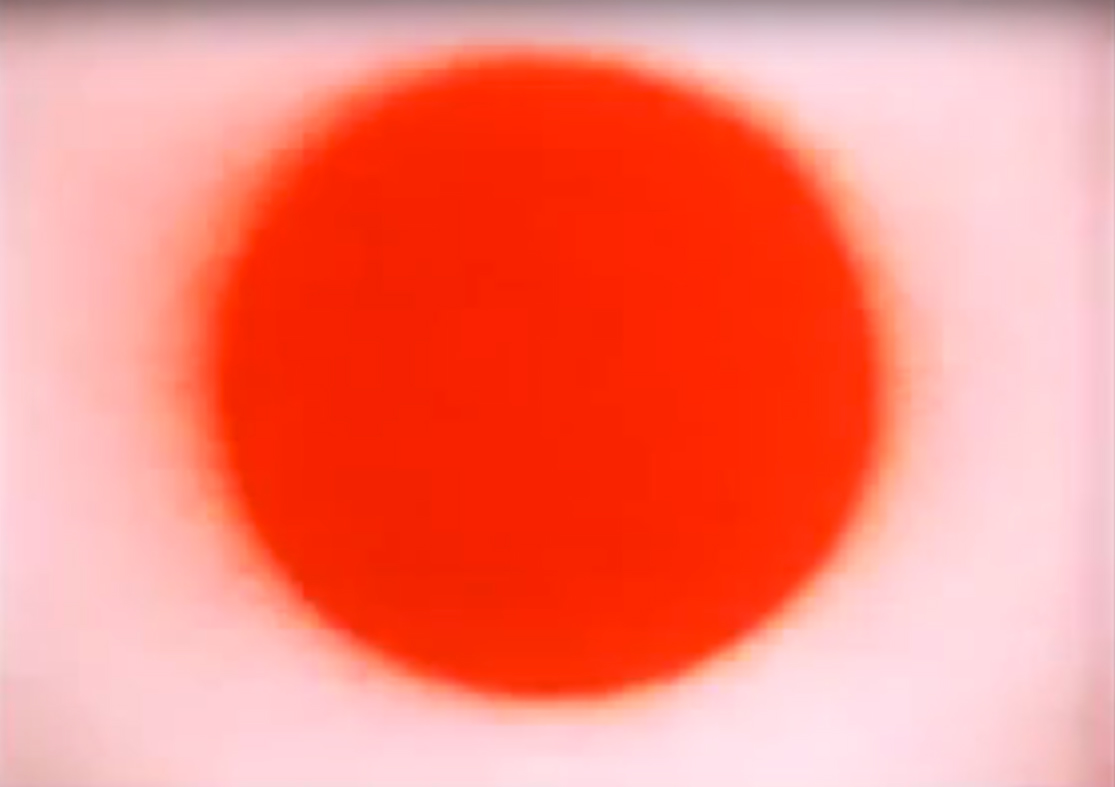 gérard fromanger & jean-luc godard (france) | FILM-TRACT No. 1968 | 1968 | 2’45”
starting with a shot identifying its title written in red paint on the front page of the french newspaper le monde for 31 july 1968, the film shows how the visual artist gérard fromanger makes a poster by letting thick red paint flow over a tri-color french flag. _the paris student revolt of may 1968 was marked by demonstrations and the occupation of universities followed by massive general strikes across france 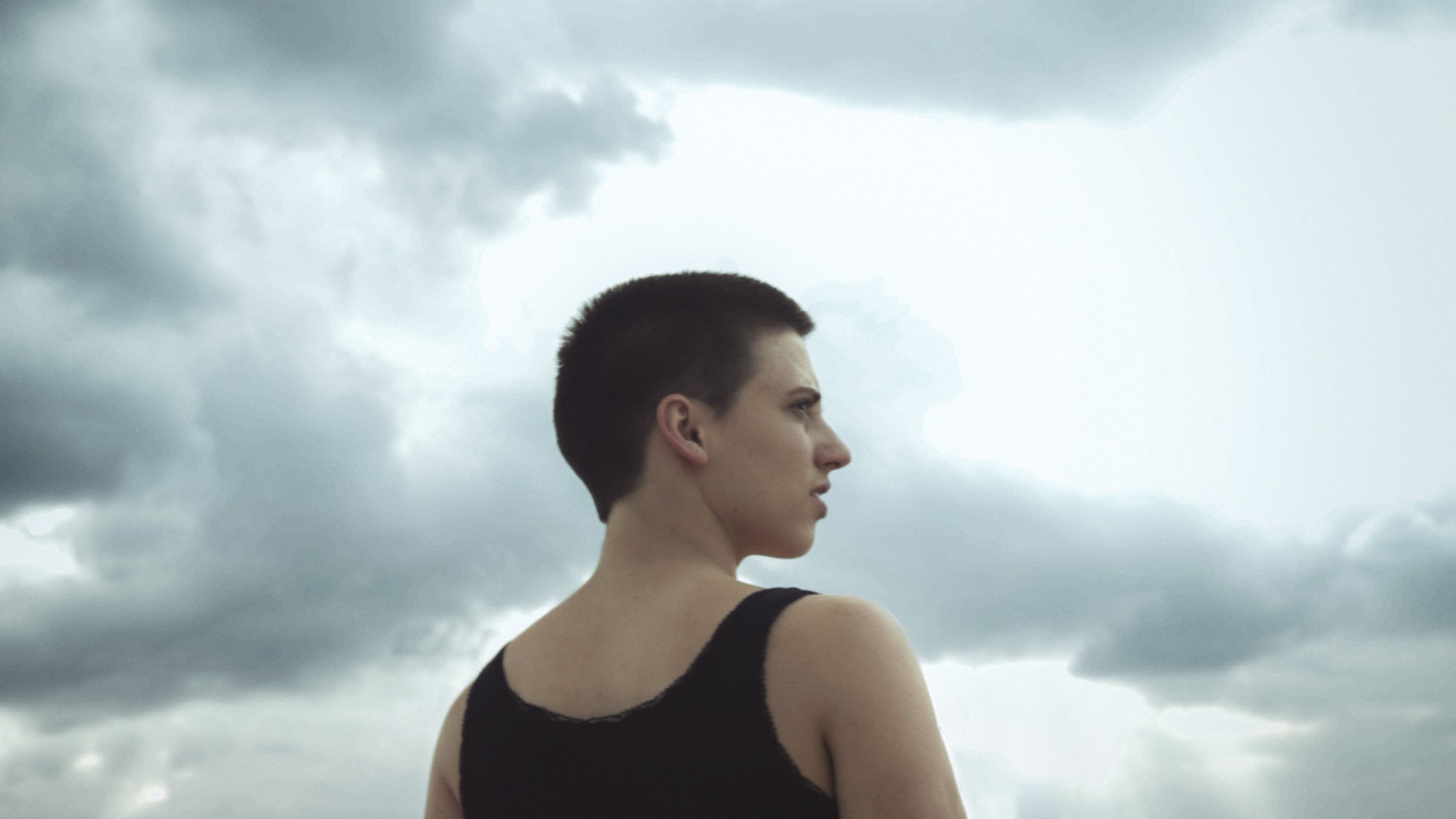 exploring the concepts and meaning of memories this short narrative fiction film follows a journey of a character who encounters vague figures from her memories. _the film introduces the viewer to a meditative sequence, showing the main character set in a seemingly natural environment, but as the story progresses the reality begins to shift into the abstract subconscious experience of the character. _the combination of body movement, camerawork and music hold an equal importance in creating the experience of the film, furthermore, the formal interplay between those elements manipulates the viewer’s expectation and the point-of-view of the story 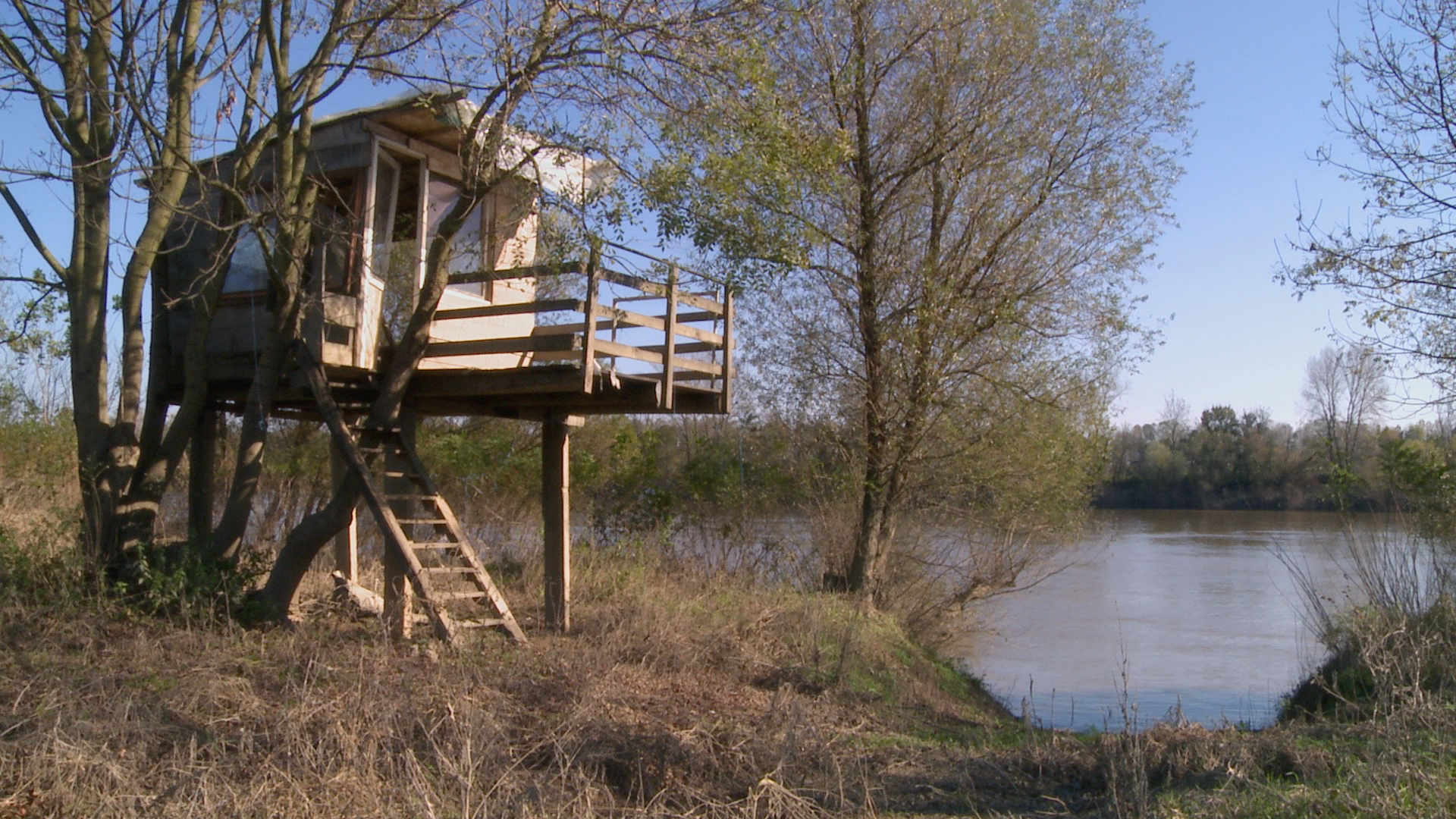 ‘the motel in the well’ is a short, experimental film about emigrant life and exile narrated by two characters- daughter and father. _as a croatian expatriate in the netherlands, the daughter begins an emotional journey, reflecting on her childhood during the war of independence. _she remembers the motel situated in the forest, on the outskirts of zagreb, owned by her father. _driven by her reflections, the father remembers his childhood on the banks of the sava river in bosnia and herzegovina, from where his serbian family had come to help renovate the motel and look for drinking water. _he recalls all the different people who had passed through the motel over the years... _later, during the war, in order to
overcome his emotional pain, he offers his motel to moslem refugees from bosnia as a shelter. _in the story, water, the forest and the motel are the three elements, which appear instantly and bring new paths in the destinies of the characters... _the river brings people together, but also separates them, it creates the emotional and physical borders between countries, between people... _water runs through the veins of the earth, passes through the inner shelters, touches the roots of the trees, reaches the woods, and then the motel. _there the memories of the father and his daughter continue living... | sarajaei.com & www.nevalukic.com 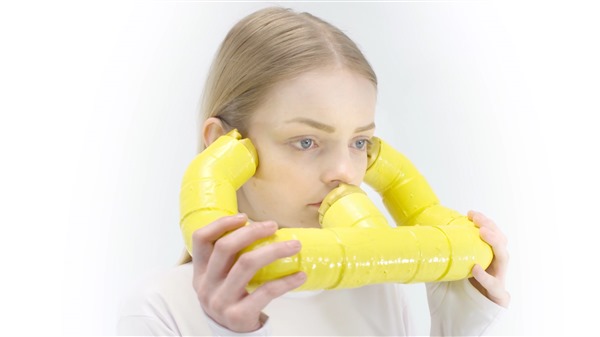 the unwritten rules of conduct ensuring a lack of freedom in social situations. _for example, one can not just leave, or only talk about themselves. _to be more efficient and be able to act to your true feelings, attachments that facilitate this are demonstrated in the video. _the video is a futuristic image in which the human creates her own social freedom. _the elements are humorous, absurd and confront a social problem of underlying feelings. | www.myrtevandermolen.nl 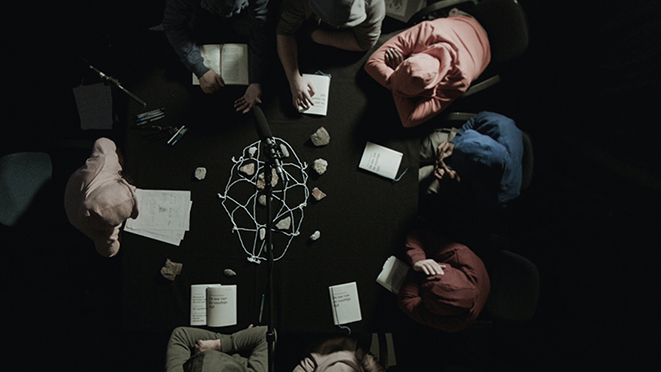 what happens if you read a selection of short fiction stories together with a group of male inmates at the belgian prison in turnhout every week for two months? _having a profound fascination with reading, my aim was to visually articulate the process. _at the same time i wanted to tell a story that challenges the stereotype of a criminal and brings to light the intertwined actuality of fantasy and reality. _the project resulted in a meta-fictional documentary in which a ghost narrator interweaves readers’ interpretations in a new story. _the project is part of my long-term exploration in the political potential of shared reading of fiction literature as a new way of dialogue that enables mutual understanding through confrontation of different interpretations | katarinajazbec.com

one evening, 38-year-old frank returns to his quiet residential house where his family has organised a surprise birthday party. _everybody is present: his wife, two children, brother, sister-in-law, his father... even the babysitter. _they toast, his favourite meal is served and a birthday cake provided. _but, amid the celebration, there are hints that things aren’t really what they seem to be... | homeful bliss

lamerslostandfound*
years ago, frans van der vaart, the former director of art center delft, passed on four boxes with dvd’s to visual artist herman lamers: a fine collection of shiny discs about art or art works itself. _the academy refused the archive, lacking interest to sort it out. _lamers forgot about the treasure, until he bumped into film maker noud heerkens. _they decided to go and dive for pearls

the third episode of off-crimmp_cinema was attended by 61 persons

thanks to frans van der vaart and herman lamers