the last off-crimmp_cinema program with work by rotterdam based video artists and filmmakers, selected by noud heerkens, took place three years ago, in october 2018 . _during the corona blockade, the films that noud wanted to show piled up. _when the pandemic was over, podium ocw presented off-crimmp_cinema_06, with:

• CONTINUOUS IN THE HALLWAY 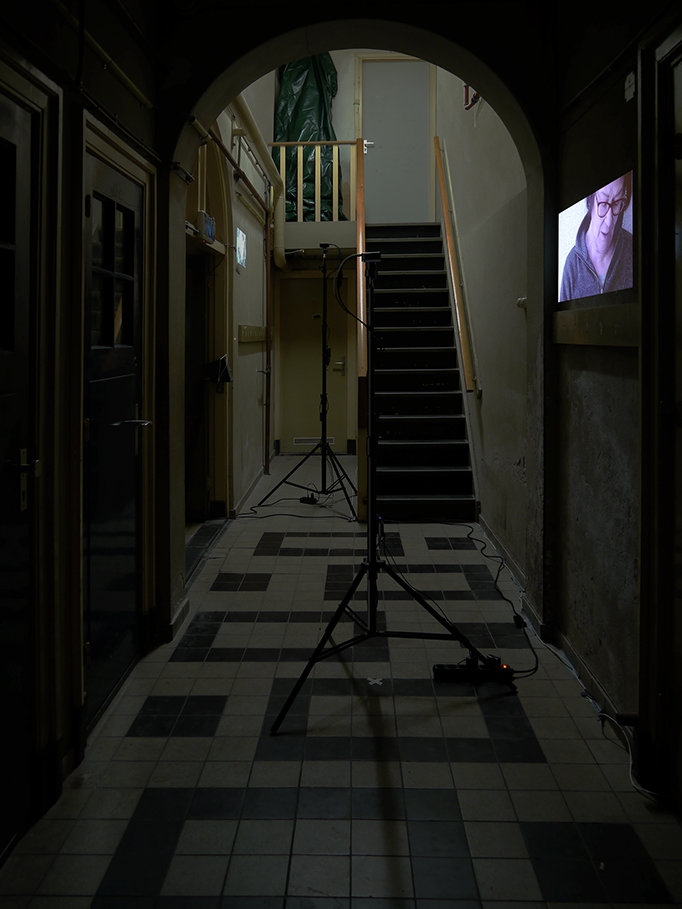 every day is one note.
makky writes down what happens on a day.
thus she distinguishes between her days.

the notes pile up and are stored in a plastic bucket.
an archive of years is ready to be consulted.
what happened on january 20, 2008?

makky is eighty and prefers not to go outside anymore.
she lives in her memories. 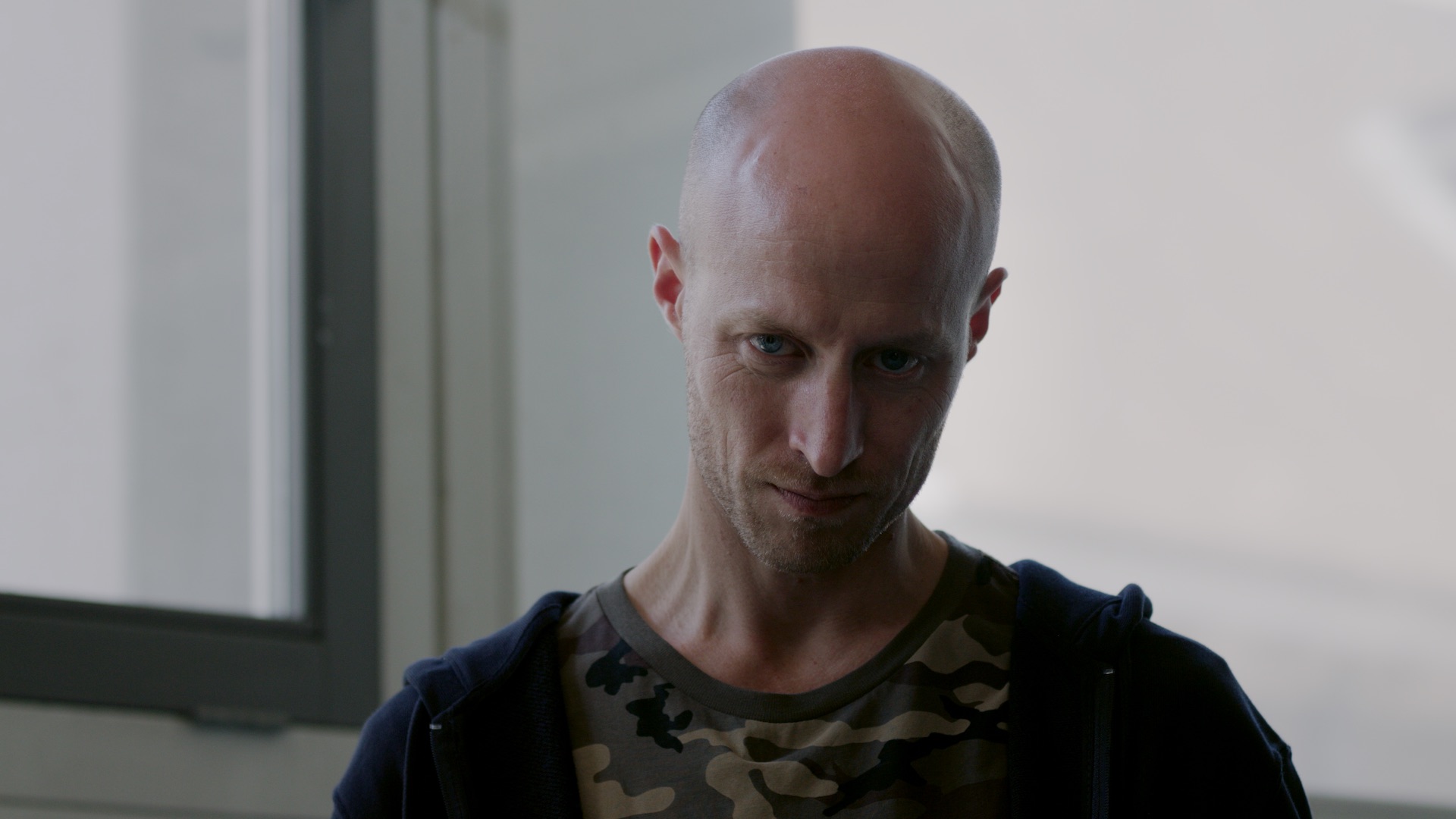 from an ever-increasing political emphasis on prevention and security, ‘risk assessment instruments’ such as ‘OxRec’ have acquired a permanent place in dutch probation practice. _OxRec calculates the risk of committing a criminal offence by combining factual data about the person in question — home address, criminal record, drinking behaviour, relational status, etc.— with known correlations between these factors and the risk to criminal behaviour. _following the intuition that predictable behaviour can never be the product of free will, the project ‘afwezigheid van alle schuld’ uses fiction to examine the legal implications of the ambition to master the prediction of criminal behaviour. _central to the project is a short film. _a lawyer tries to exonerate a man charged with the assault of a police officer, using the prediction of his violent behaviour as evidence of his incapacitated willpower 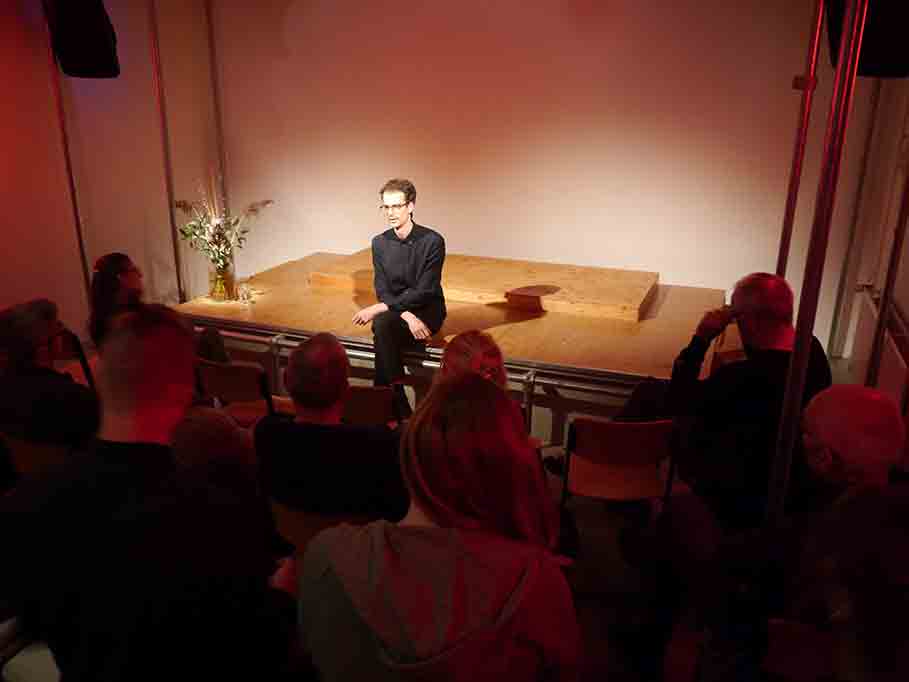 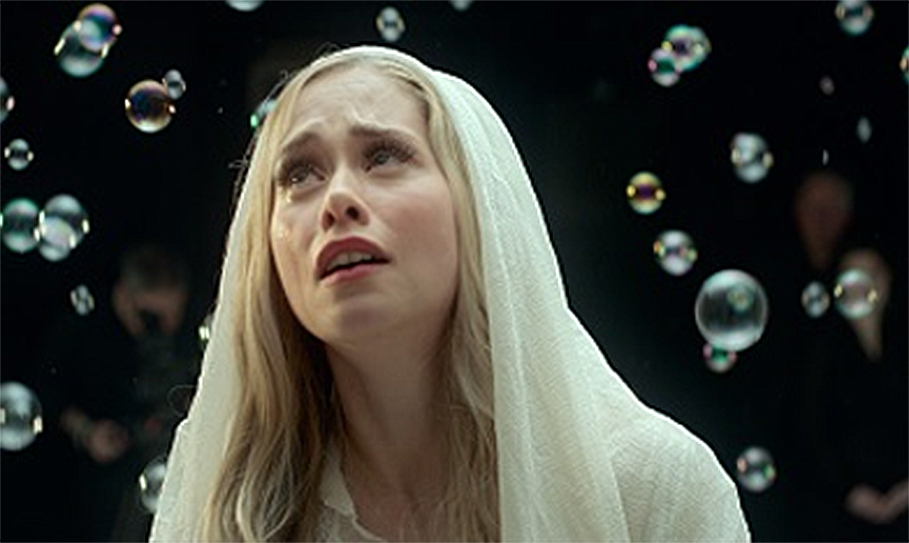 maurice sanders has a gift. _he's a nipple whisperer. _once he was known as "magic sandy". _but that was years ago, before doris, a famous model and sander's muse, fell ill. _now, after more than a decade, doris wants to meet maurice again 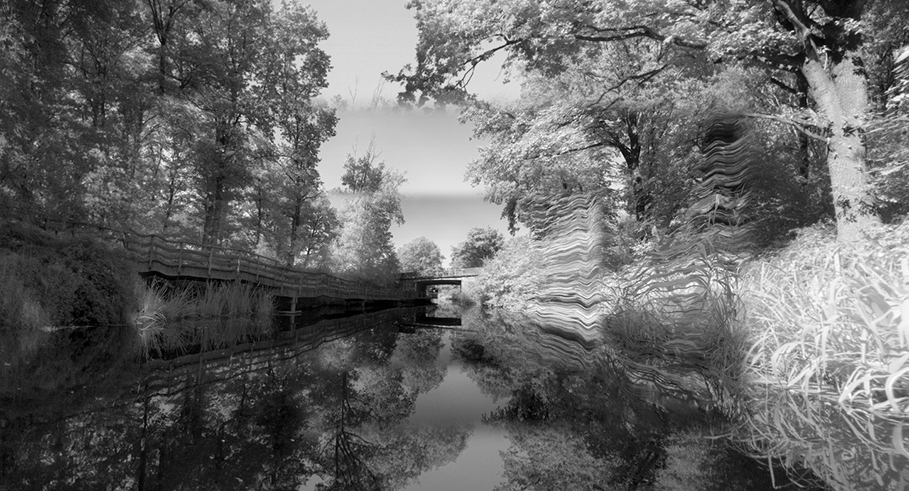 two canals in a dutch nature reserve* run parallel to each other for miles. _the camera moves across the surface of the water and accelerates to fly from one canal to the other. _the images change from black-and-white to infrared and we see the nature reserve from an unusual colour spectrum, and at a different velocity. _imagining a totally different perception such as through the eyes of the dragonfly, which perceives different wavelengths and can ‘see’ many times faster, >200 images per second, than a human. _the tour ends where the two canals meet; by the water at the foot of a silent witness, an overgrown bunker

* striking fact: the former peat exploitation waterways of 'de peel' have grown themselves into protected nature reserves in the midst of extremely industrial livestock production that poses a threat to biodiversity 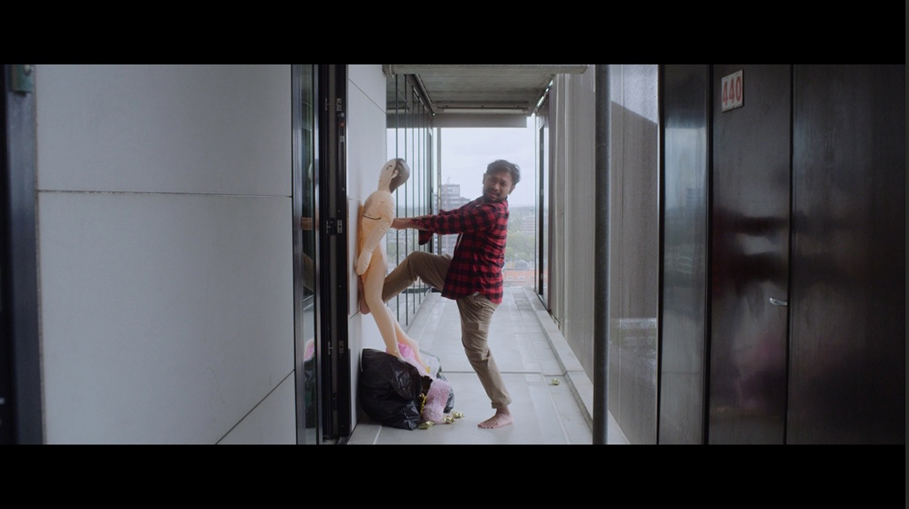 after finding out that his father was admitted into a hospital and refuses further medical treatment in indonesia, budi, an indonesian, in-the-closet, prodigal son who lives in the netherlands, has to reconnect and convince his stubborn father to take medical treatment while trying to clean up his post-sex party airbnb